The average time spend on a mobile device

To establish this exceptional amount of screen time, on average our influencers pick up their mobile devices 342 times a day, compared to 52 times* for US consumers / non-influencers. 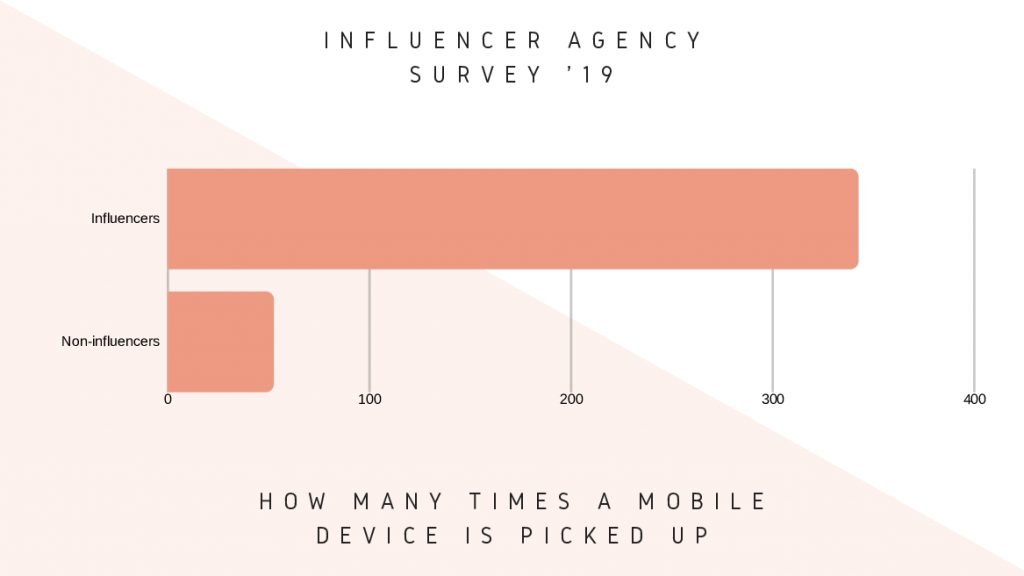 The difference between male and female influencers 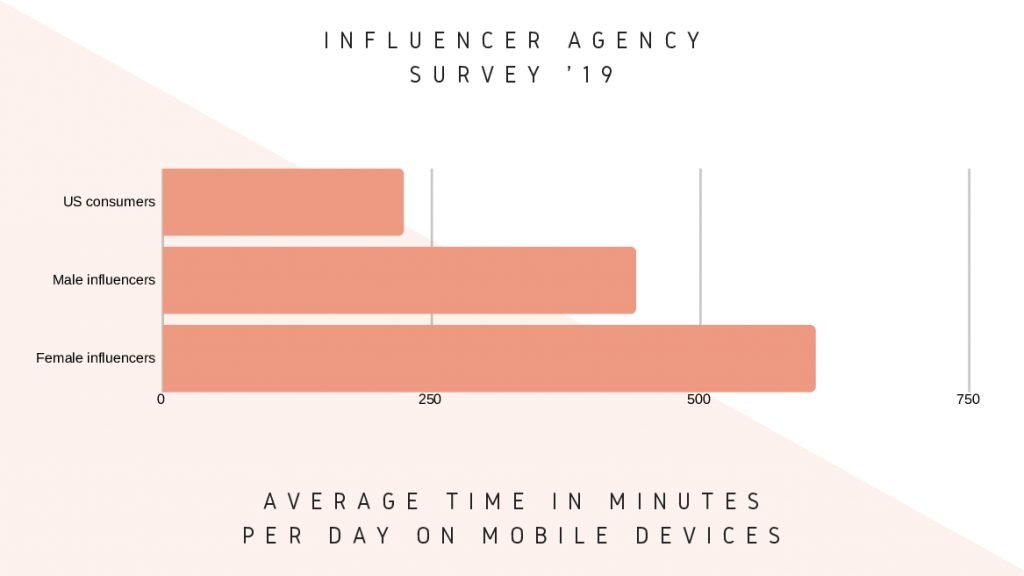 What are they using a mobile device for? 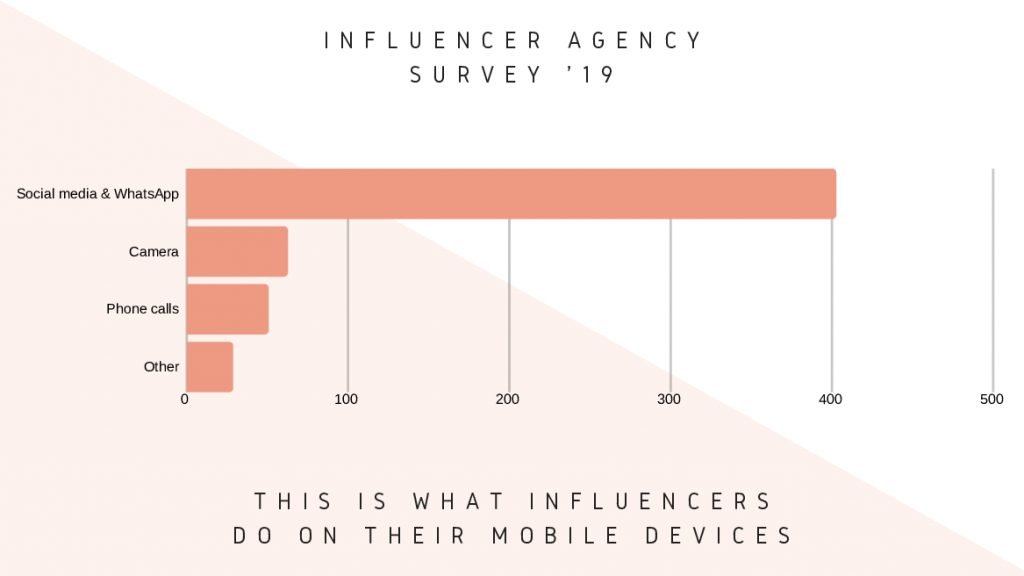