There was a time that influencer marketing was reserved for brands putting their products in the hands of famous celebrities, but social media, and Instagram in particular, has changed the game. These days, the majority of Instagram influencers are called “micro influencers”, micro influencers have less than 10,000 followers, reports Socialbakers to Influencer Marketing Agency. 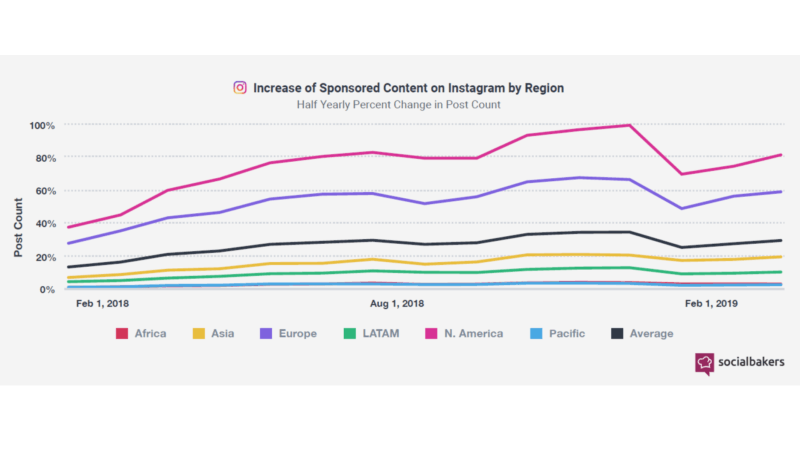 Influencers are mostly fashion and beauty. The majority of influencers work with fashion brands, however the beauty industry is seeing the highest number of brand mentions.

During the past year, more than a quarter of celebrity influencers with more than a million followers used the #Ad hashtag in their sponsored content, an increase of 133% from 2017. The report found also that posts with #Ad hashtag disclosures saw sort of similar engagement as sponsored posts without the hashtag

Instagram has quickly become the most popular social platform for influencer brand engagement and is  surpassing Facebook. The good news for companies lacking the ad budgets of major brands is that influencer marketing relatively affordable, particularly when working with micro or niche influencers.